Abortion in the Media

Last week I saw the movie Gosnell: The Trial of America's Biggest Serial Killer. It's about the true story of the murder trial of Kermit Gosnell, an abortion doctor in Pennsylvania, that took place just a few years ago. It was a great, sad, and true story which I encourage everyone to go see. I will try not to ruin it for those who haven't seen it yet, but allow me to speak on a few highlights of the movie.

Another Look at Abortion

From your first moments of existence, you had all the DNA that would determine your sex, facial features, physique, and the color of your skin, hair, and eyes. At 24 days, your heart began beating. By 8 weeks, all your organs were present, and your unique fingerprints were forming. Ultrasounds show that by 18 weeks, you could swim, somersault, suck your thumb, and even cover your ears if you heard loud music. If you’d been born just 23 weeks after conception, your chance of survival would be 50-80 percent; by 25 weeks, it’s over 90 percent, and that’s still months before full-term birth.

Soon after the birth of my son Charlie*, who has Down syndrome, a visitor asked whether he was “mild, moderate, or severe”—referring to his level of cognitive impairment. I knew the terminology, but the question shocked me. In my arms I held my beautiful baby boy, who defied easy categorization. Clinical labels may describe some aspects of an individual’s “functioning,” but they don’t tell the whole story. Labels could not describe how Charlie’s smile lit up a room or how the sweetness of his soul had captured our hearts so completely.

All priests are required to pray the Office of Readings (the lay faithful are encouraged to pray them as well). In last week's bulletin, I shared how I was inspired by the second reading of the Office of Readings from Thursday, September 20th. It was from the final exhortation of Saint Andrew Kim Taegŏn, priest and martyr. I included an excerpt from it and my reflections on whether we are Catholics/Christians in name only. Here is another excerpt from that exhortation, followed by my commentary:

Are We Christians/Catholics in Name Only?

I was inspired by the second reading of the Office of Readings from Thursday, September 20 . It's from the final exhortation of Saint Andrew Kim Taegŏn, priest and martyr (Pro Corea Documenta, ed. Mission Catholique Séoul, Séoul/Paris, 1938, vol. 1, 74-75):

My brothers and sisters, my dearest friends, think again and again on this: God has ruled over all things in heaven and on earth from the beginning of time: then reflect on why and for what purpose he chose each one of us to be created in his own image and likeness.

Three weeks ago, I preached at all the Masses about the current scandal in the Church. Several times in that homily (which you can read on the website), I called out those bishops and priests who tried to hide the truth, to call a sin a sin. Now, in reaction to the complacency and silence, the truth is coming out, thanks be to God. Though it is difficult to face, it will set us free and the Church will be healed when we stand for the truth.

Baptism and the Fathers of the Church (Part 2 of 2)

In Part 1, I described how I came to see that the unanimous testimony of the early Church thoroughly supported a Catholic and sacramental view of Baptism. But what about sacred Scripture?

In his Emergence of the Catholic Tradition, the great Church historian Jaroslav Pelikan summarizes the early Church's view of what occurs in Baptism. The early Church believed, Pelikan explains, that Baptism effects "the remission of sins, deliverance from death, regeneration, and the bestowal of the Holy Spirit."

Baptism and the Fathers of the Church (Part 1 of 2)

As a "Bible Christian," I would have said I loved the writings of the Fathers. Of course, what I would have meant is that I loved to read Luther and Calvin and the other heroes of the Reformation. What Christians believed in the early centuries of the Christian era didn't matter too much to me.

And why should it? After all, when it came to determining Christian doctrine, all that really counted was, "What saith the Scriptures?" 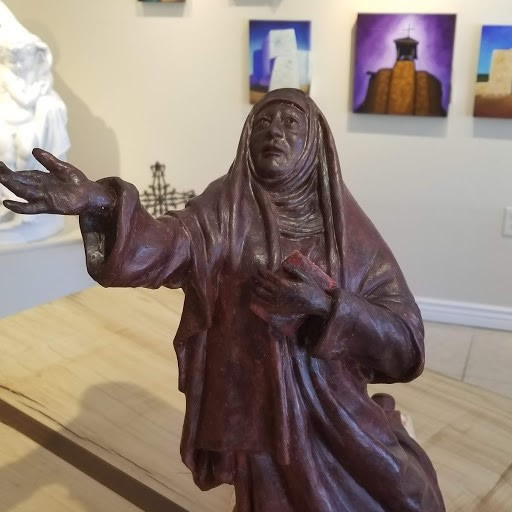 Make no mistake about it, God wants you to be happy. Yes, that's right. And, not just some kind of superficial and fleeting happiness, but a deep and abiding happiness; an inner peace. This is the kind of happiness that is meant to fill that void in your life; to lift you up into that place of all meaning and purpose in your life. So, what does this void-filling happiness look like?

"The Greek Philosopher Aristotle (394-322 B.C.) observed that no person deliberately chooses to be unhappy. The purpose and end of man, Aristotle argued, was happiness - for happiness is self-evidently what all men seek and strive for ... it is what he directs all his powers towards. So, this universal quest for happiness defines humanness. 'Happiness,' Aristotle pointed out, 'is the only thing willed by man for its own sake. Everything else is willed for the sake of happiness.'"

The Assumption of the Virgin Mary: A Belief Since Apostolic Times

This article was taken from the July-August 1996 issue of Catholic Heritage and provided courtesy of Eternal Word Television Network at www.ewtn.com/library/answers/aofmary.htm.

The Assumption is the oldest feast day of Our Lady, but we don't know how it first came to be celebrated.

Its origin is lost in those days when Jerusalem was restored as a sacred city, at the time of the Roman Emperor Constantine (c. 285-337). By then it had been a pagan city for two centuries, ever since Emperor Hadrian (76-138) had leveled it around the year 135 and rebuilt it as <Aelia Capitolina> in honor of Jupiter.

For 200 years, every memory of Jesus was obliterated from the city, and the sites made holy by His life, death and Resurrection became pagan temples.

From the treatise On the Mysteries

The sacrament that you receive is effected by the words of Christ.

We see that grace can accomplish more than nature, yet so far we have been considering instances of what grace can do through a prophet's blessing. If the blessing of a human being had power even to change nature, what do we say of God's action in the consecration itself, in which the very words of the Lord and Savior are effective? If the words of Elijah had power even to bring down fire from heaven, will not the words of Christ have power to change the natures of the elements? You have read that in the creation of the whole world he spoke and they came to be; he commanded and they were created. If Christ could by speaking create out of nothing what did not yet exist, can we say that his words are unable to change existing things into something they previously were not? It is no lesser feat to create new natures for things than to change their existing natures.